Frank Ocean and the cars of Blonde

【Summary】'How much of my life has happened inside of a car?'

In the essay on the Tumblr account that accompanies his site-specific magazine and album release of Blonde and Endless, Frank Ocean asks, "How much of my life has happened inside of a car?" He recalls his time in a "sinewy crossover SUV," how his manager once rescued him from a bad trip in a Porsche truck, and how after money and fame and London living, he ordered a Porsche GT3 RS, essentially because as a made musician, he could. He is enchanted by the visceral power of Formula 1 racecars and wonders what that says about his identity, and his unshakeable lust for what is on the surface, overtly masculine and cliche. He doesn't care, because Frank Ocean loves cars. He remembers those project BMW E30 M3s he made with friends, and appears to have used as cover art on his acclaimed mixtape Nostalgia, Ultra. But the allusions to seat belts (restraint), rearview mirrors (distance), and the physics of spinning wheels (life cycle) don't require under-the-hood knowledge to appreciate.

The essay is the most obvious example to date of the particular way Frank Ocean uses cars in in his writing to unpack exactly how automobiles have shaped him. In the tradition of great pop songwriting, the car and the act of driving are enduring metaphors for mood, status, and aspiration. It's why D'Angelo could cover Smokey Robinson's "Cruisin'," Rihanna made the pop hit "Shut Up and Drive," and Prince immortalized the sensual nature of a little red Corvette. These feelings are immediately universal, but what makes Frank Ocean's mention of cars distinct is that the otherwise highly private artist uses them to give us a glimpse into his personal journey.

In the video for the Blonde opener "Nikes," we see the image of him wearing white gloves at the wheel of what appears to be his McLaren, shifting into gear. A few weeks before the album was released, footage emerged of him driving high-performance super cars. Perhaps something about the act of driving helped fuel the long process of making two albums, a magazine, and finally this closing statement about living up to expectations.

Frank name-checks the cars he's owned, driven, and been driven in with an aficionado's specificity, but the way he speaks about his time in them makes it clear that they are not mere status symbols. On the wistful "Ivy" he sings, "Safe in my rental like an armored truck back then / We didn't give a fuck back then / I ain't a kid no more / We'll never be those kids again / We'd drive to Syd's, had the X6 back then." Cars serve as bookmarks for Frank's memories, but they are also a place of refuge. He remembers what it was like to try the BMW X6, a luxury crossover, perhaps the same model which he references in his essay, as part of his youth. Then he reflects on the more innocent times, when fame was a fantasy: "In 1998 my family had that Acura / oh the Legend, kept at least six discs in the changer / Back when Boswell and Percy had it active / Couple bishops in the city building mansions."

Driving is a go-to framing device for Frank, the place where thoughts and memories start to collide. "White Ferrari" starts with such a ride, but the metaphor is fluid, and Frank uses it to recall past flames, drugs, and reckless driving, sometimes in a single breath. The Ferrari logo is a rearing horse and perhaps it's a nod to Laid Back's 1983 "White Horse," a cocaine club anthem. But "White Ferrari" is ethereal and heartbreaking: "Bad luck to talk on these rides / Mind on the road, your dilated eyes / Watch the clouds float, white Ferrari / Had a good time / Sixteen: How was I supposed to know anything?" Frank has tactile memories of his other cars, but the the titular car here stands for something more unattainable, something that couldn't last. 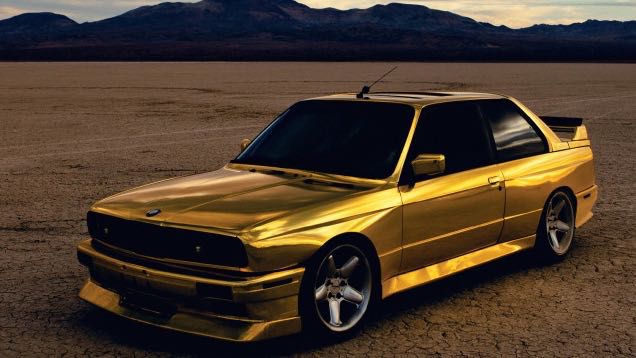 Perhaps most importantly, they're a means of expression. In "Futura Free," the final song on Blonde, Frank references a high-speed Bugatti: "Bugatti left some stretch marks on that freeway." Whether he's talking about the 1001-horsepower Veyron (which ended production in 2015 with the final model, La Finale) or the even more powerful 1500-horsepower Chiron, the million-dollar car is clearly for those who crave attention — a way for a post-fame Frank Ocean to show off. Doing burnouts on a highway in a supercar is reckless, but it's also just another form sexual marksmanship. The marks we leave on the road and the impact of a fling eventually fade, but that doesn't mean they're not worth having.

This all comes in the middle of a stream-of-consciousness meditation on the stresses of success, including his recollection of Jay Z telling him to "act his net worth." But ultimately, Blonde ends with Frank's declaration that he is navigating his music and his career on his own terms. He is only human and he is free, and he's appreciating the ride — just as we are — before he vanishes again.