Uhnder's new digital radar will debut on consumer vehicles in production in 2022, the company said. The company will be the first to mass-produce a fully automotive qualified, 4D digital imaging radar-on-chip.

In April, Uhnder will release its automotive-grade radar-on-chip for mass production. But before then, it will complete stringent automotive requirements, including the ISO 26262 Automotive Safety Integrity Level (ASIL-B) rating, Automotive Electronics Council (AEC) Q104 qualification, as well as Production Part Approval Process (PPAP) with its first Tier 1 automotive customer, Magna International, which will manufacturer the state-of-the-art digital radar for automakers.

Once these milestones are completed, Uhnder, which derived its name from the phrase "under the radar", says the auto industry will be one step closer to improving road safety for all road users.

Uhnder's radar-on-chip will be used in Magna's ICON Digital Radar that will debut on vehicles this year. The video below shows how the advanced radar works.

"Uhnder is a leader in digital imaging radar and a trusted partner in bringing the best innovations forward," said Swamy Kotagiri, CEO,Magna International. "I am excited with the progress made over the years and ready for the entire ecosystem to experience what we already know to be true – that digital radar is fundamental for next-generation ADAS."

The digital radar developed by Uhnder is a critical sensor for object detection and safety for ADAS and autonomous vehicles. It can detects and track thousands of objects. Radar is used for vehicle safety systems such as automatic emergency braking (AEB). 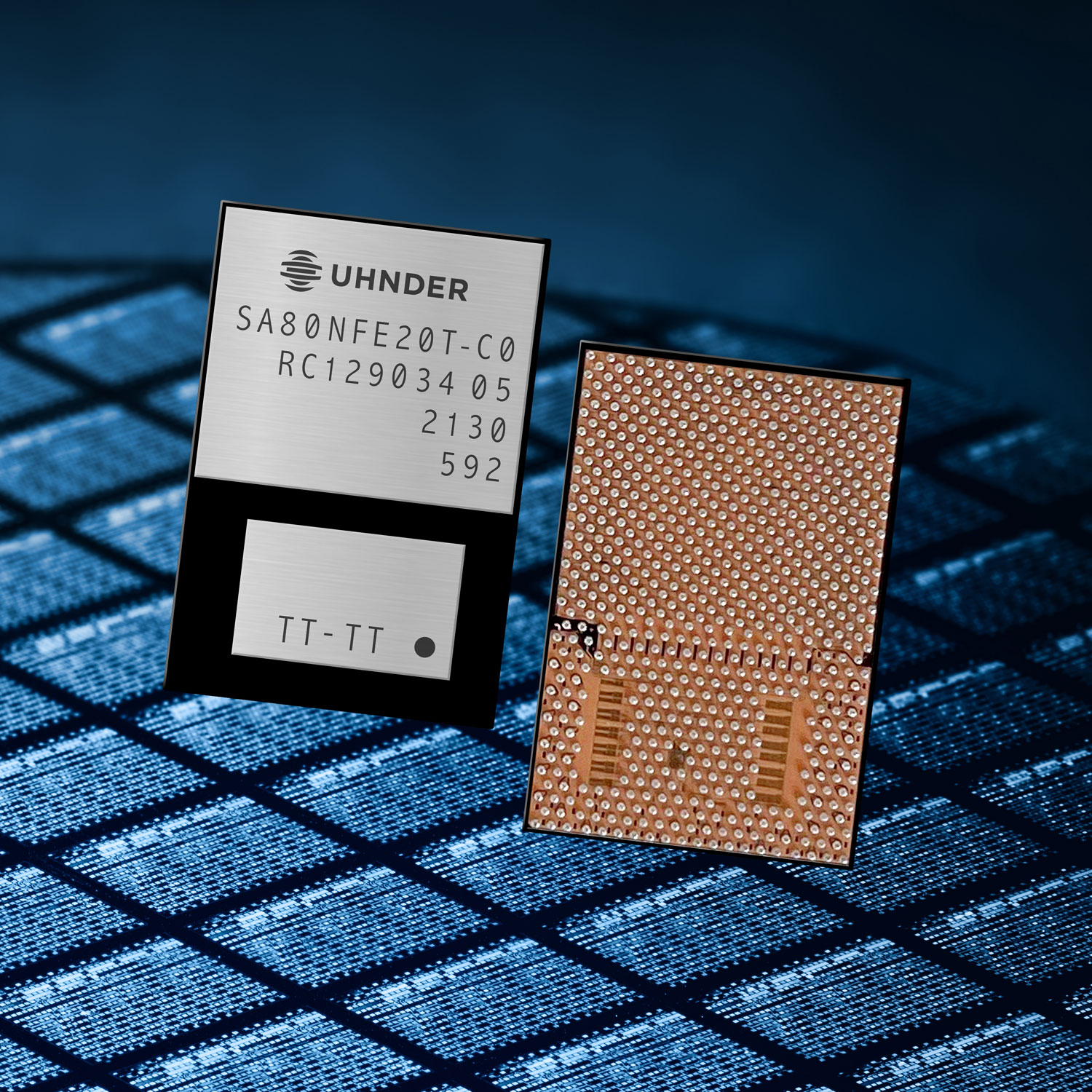 For automotive applications, radar is a key part of the sensor suite on a vehicle. For ADAS and autonomous driving applications, it's usually combined with cameras and lidar for complete 360-degree perception coverage so self-driving vehicles can safely navigate.

Uhunder's digital radar SoC (radar-on-chip) is not much bigger than a postage stamp. It can detect an object such as tire or brick in the roadway early enough to allow the vehicle systems to change lanes or brake, even at highway speeds.

Digital radar can also detect smaller objects adjacent to bigger ones, such as a bicyclist riding next to a car, which can be difficult for some traditional radar sensors. Uhunder's radar can detect both and differentiate the two, even at night.

Uhnder's digital radar can also identify a pedestrian crossing the road, a child entering the street from beside a parked car, or a bicyclist riding next to a guard rail. These are levels of accuracy that analog radar systems cannot achieve, according to Uhnder. The digital radar also works in all-weather and lighting conditions, while mitigating interference from other radars, according to Uhnder.

Up until now, the most common radar technology for automotive has been Frequency Modulated Continuous Wave (FMCW) radar. More advanced Digital Code Modulation (DCM) radar has been used for military applications, but until recently it was too expensive for high volume production for automotive applications.

However, due to the advancements of CMOS technology for manufacturing integrated circuits and advanced signal processing, Uhunder says the industry is now at a tipping point where it is feasible to provide a cost-effective DCM radar system that meets the low cost yet high performance demands of the auto industry.

CMOS is short for "Complementary Metal Oxide Semiconductor". Today's microprocessors, digital sensors and other electronic components frequesntly make use of this technology.

The big advantage of CMOS is the minimal power dissipation (heat) as this only occurs when the circuit is switching. Power dissipation is a principal concern in the field of computer architecture and is responsible for the unwanted heat generated by processors and circuits. You can learn a bit more about CMOS technology here.

As modern vehicles come packed with electronics such as radar and lidar for ADAS and autonomous driving, companies like Uhnder are emerging as essential suppliers of the components embedded in the products that Tier-1 suppliers, such as Magna, manufacture at scale for the world's automakers.

Uhnder's digital radar will also be installed in the upcoming electric Fisker Ocean SUV from EV startup Fisker, which is being built in Austria by Magna Steyr.

BMW Expands i4 Lineup With the Affordable eDrive35

Ford Announces the Largest Utility Agreement in the U.S. History to Assemble All of its Vehicles in Michigan Using 100% Renewable Energy by 2025